With my holiday plans all set to go, I just wondering, what actually constitutes a pumpkin pie?

Pumpkin pie often gets a clean bill of health. Indeed, my runners world magazine had an article saying it was okay to eat it because, well it's pumpkin!

And, pumpkin is actually really good for you. Like all vegetables, it's caloric density is very low and it's very high in nutrients.

It's been shown to have numerous health benefits such as regulating blood pressure, reducing the risk of certain types of caner, protecting against asthma and heart disease and decreasing the risk of age related macular degeneration.

Pumpkin is a vegetable, so case closed, right?

So, I took a typical pumpkin pie recipe and ran some numbers in my spreadsheet:

Well, that's pretty sad. Turns out pumpkin pie is mostly condensed milk which has a ton of sugar added to it, Flour, butter and even more sugar added on for good measure.

The good news is, if you're choosing between pumpkin pie and the donut tray sitting nearby, you might as well go for the donuts if you like them better: it's roughly equally healthy.

What about Applie Pie? 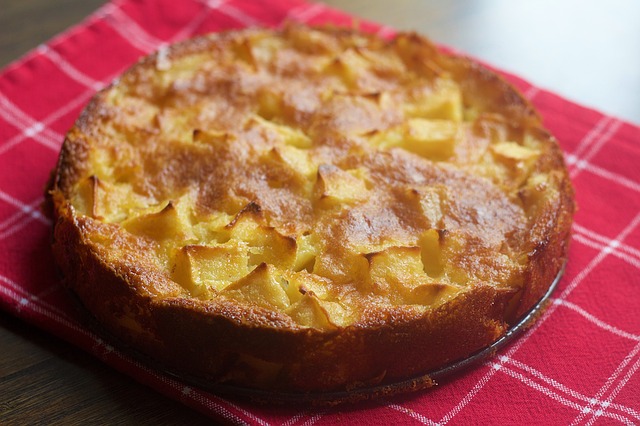 Here, we see that applie pie contains a higher percentage of apples: 22%! Thats, partly because apples are a bit caloricly denser than pumpkin.

And, we can increase that percentage further by reducing the amount of butter. And, if you really want to make it healthy swap out the sugar for sweetner and the flour for whole wheat flour.

Here are a list of substitutions you can make in any baked or flour based recipe, to make it healthier

For oat flour, if you can't find it in the grocery store, you can always make your own at home in a high speed blender. Oat flour is great for making pancakes too.

Generally speaking, any baked good is going to be primarily: Sugar, Flour, Butter and some eggs. You can cut down the butter but it'll still be mostly flour. So, feel free to modify the recipes you encounter, making the above substitutions and enjoy it for what it's worth.

vs
Get the Latest Nutritional Density updates
Please enter your email address below
Sign Up
Kale.world
X

Try our Nutrient based Recipe Finder
Kale.World is all about nutritional density – all our findings are normalized on a per calorie basis, making it easier to compare various foods.